These too may be included among Kurdish rugs. Woven by Kurdish nomads and by peasants between Hamadan and Farahan, the rugs are traded through Hamadan. Old and antique zanjan’s are prized by connoisseurs and sought after by collectors, Both old and modern rugs are similar to Bijar pieces in palette and quality. Many experts ascribe these carpets to the kurdestan area because of their toughness and their designs. Sizes: almost all the rugs offered between 1 x 1.50 and 1.5 x 2.2 m in size. starkly contrasting patterns in shades of red, blue and brown, on mostly dark blue fields. Green, yellow, black and white, are sparingly introduced. Pink, orange and other ‘fashion’ colours are used in new carpets.all the rugs of this provenance strongly resemble one another in colour and style and are dominated by a flat hexagon more or less densely filled with polygons. Borders are generally broad, with geometric flower and leaf motifs, and are sometimes accompanied by multiple guard stripes. In older pieces the patterns of the central motif are repeated in the borders. warps and wefts are usually of cotton. the minority made with wool foundations tend to be more loosely constructed. The majority of pieces have a hard, stiff handle, similar to Bijar rugs. Old and antique picces are rare and are prized by connoisseurs.

Be the first to review “Zanjan rug” Cancel reply 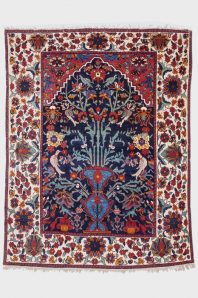 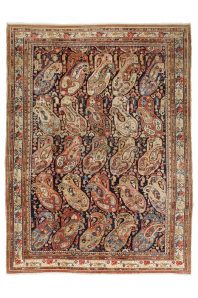 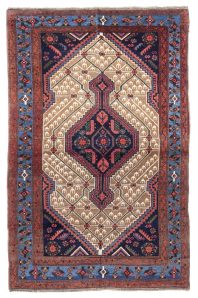 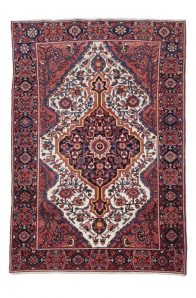