Splendid Paradonbeh Bakhtiari rug with adorable  design called Gol Farang ,Paradonbeh is a village in eastern part of chahar mahal bakhtiari province.this rug features a joyful burst of colors in an abundance of blossoming roses and flowers, in the field, a round center medallion showcases a blooming garden of stylized florals. A circle ring of flowers frames the field taking the viewer to the outermost border of floral compartments. Meanwhille a row of small pearls like a dainty necklace appears between the field and primary border , flowers are crisply drawn with daring color combination , gol farang literally means : French flowers, this floral patterns emulates the flowers, usually roses , inspired by French savonerrie and abusson carpets of the 19th century. The golfarang pattern was used in Persian weavings during the Qajar period.

Be the first to review “Bakhtiari paradomeh rug” Cancel reply 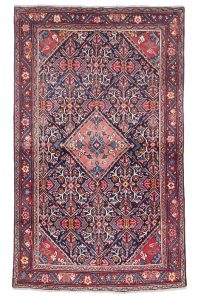 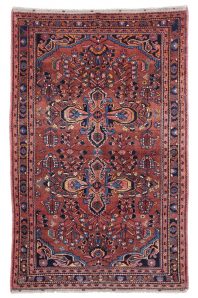 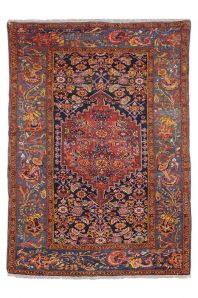 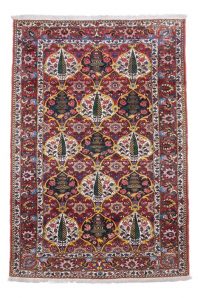